↑
You are here: Home / Money Savin' / Coupons + Frugal Fun / So I Married A Couponer – Chapter 1
This post may contain affiliate links. See the disclosure policy for more information.
32shares 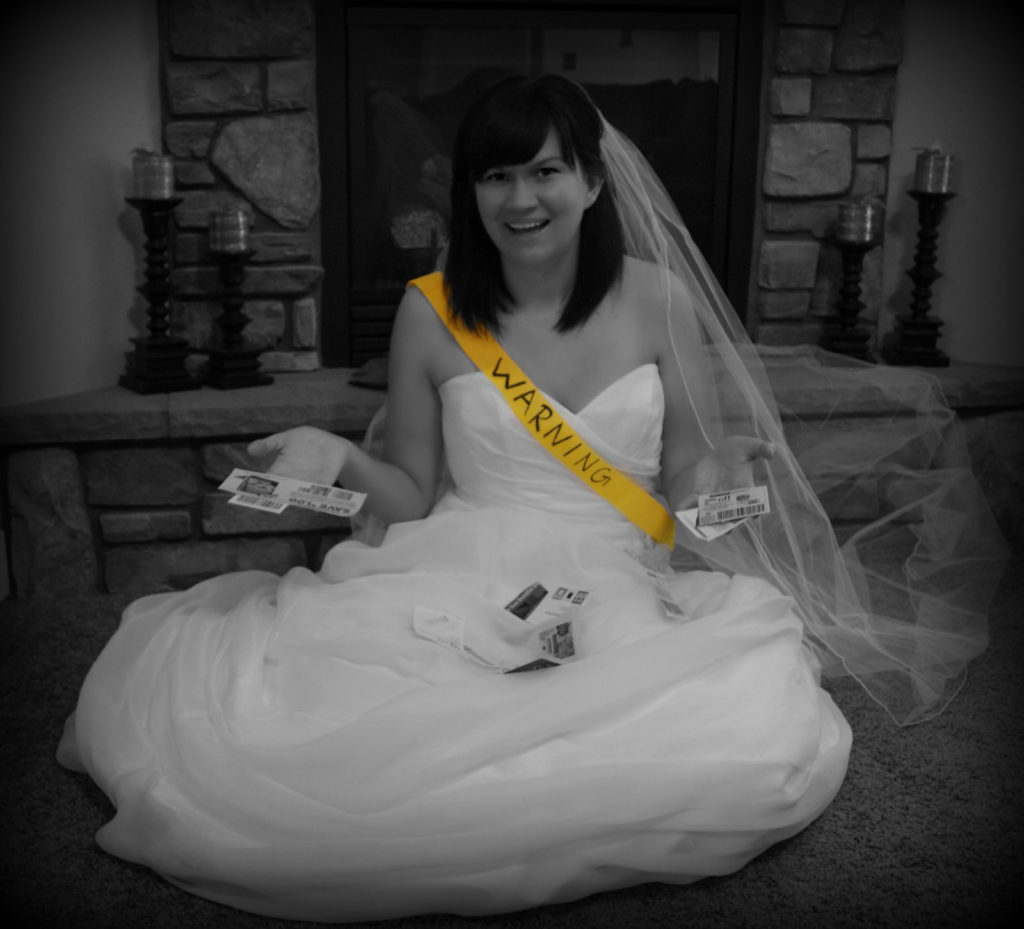 Isn’t it funny how some things in life turn out to surprise you and some things you should have seen coming?  I’m not talking about eating that two day old burrito-cause hey it still looked good-  or thinking it was a good idea to pick your wife out an outfit that she would actually wear. Like Mike Tyson’s left hook I’m talking about things you never see coming. My surprise came that fateful evening a few years ago.

It sounded innocent enough at the time, I just thought it was just going to be another girl’s night out for my wife. Usually that meant some sort of chick flick I was all too happy to miss. No… instead she said those fateful words, “Honey I’m going to check out this free coupon class down at the library.”

Now being the considerate husband I am, I totally gave a nod after checking the fridge for a microwavable food source for the kids. Soon a girlfriend picked up my wife for the class and I was alone to watch my game as the children did whatever it is they do when I watch a game. Little did I know how this one evening would change me and my family forever.

A lot of scientists think the universe started with a giant explosion or as they call it “The Big Bang”. Not some kind of wimpy “pop” but a huge explosion that sent matter all over and began a sort of cosmic chain of events. Well, when my wife arrived home after that free coupon class she sort of exploded, and I’m still feeling the effects of that coupon class today. I tried to understand what she was saying about doubling and needing more newspapers, but in my defense she was talking in front of the TV.  Of course now I think if I’d only had TiVo to record the game and listened closer, I wouldn’t be out rotating cereal every Saturday morning.

Yes, I’m now the kept man of an extreme couponer.  I now stack more groceries than the pimple faced kid down at the Safeway’s. It’s not such a bad life, but my lifestyle has changed so much since that class so many years ago. I love my wife dearly but like a human warning label I need tell my story so other people can know what to expect when their loved one turns into a “I’ll punch you in the throat if you don’t give me my Catalina” coupon woman. So please stay tuned as I share my stories and try to explain to the average non-couponer what its like to be married to an extreme coupon woman.

Go here for Chapter #2: What do you mean I’m not allowed to go shopping anymore?

So I Married a Couponer is a fun series about an average man trying to deal with being married to an extreme coupon shopper.